Consider two different scenarios, both at a pizza place. In the first scenario you are offered a basic pizza, with the chance to add ingredients, like sausage and ham. Depending on your taste, you might even add pineapple. We call this an additive condition.

In the second scenario you are offered a fully loaded pizza, with a chance to remove ingredients. We call this a subtractive condition.

What condition would increase the likelihood of you ending up getting a pizza with more ingredients?

Results from the “A tale of two pizzas” experiment by Irwin P. Levin et al., has shown that the subtractive condition will likely lead you to end up eating a pizza with more ingredients. Removing one topping is perceived as a loss, while adding it, as a gain.

This is a clear example of loss aversion, one of the most important (and recently most controversial) findings in behavioural economics, discovered by Kahneman & Tversky in 1979, and encapsulated in the expression “losses loom larger than gains”.

The response to losses is stronger than the response to corresponding gains. For instance, we are more upset about losing $10 than we are happy about finding $10. It is thought that the pain of losing is psychologically about twice as powerful as the pleasure of gaining. And the displeasure of losses makes us go to greater lengths to avoid them rather than take risks to obtain gains.

Loss aversion is a result of many factors, including; individual neurological makeup, socioeconomic status, and cultural background. Yet, it manifests in many aspects of our lives, with implications for relationship, career choice, financial decision-making, and consumer behaviour. For example, since we tend to focus more on negative consequences, in marital interactions it generally takes at least five kind comments to offset for every one critical comment (Baumeister et al, 2001).

Loss aversion is driven by fear, and has been used to explain a myriad of biases and fallacies, like the status-quo bias, scarcity, and the endowment effect among others.

Status quo refers to our resistance to change. And it is thought that when we think about change, we tend to focus more on what we might lose rather than on what we might get. Loss aversion can also be triggered by scarcity (in particular scarcity of quantity and time. Time-limited offers and dwindling supplies work because we fear losing the opportunity to acquire products and offerings at a discounted price in the future.

In make it valued we have discussed how people tend to value objects they own more (the endowment effect). The strong connection between the two behavioural design strategies is obvious: once we have built a strong sense of ownership over an object, an idea, a service or a digital product, our perceived value increases, and we are more reluctant to let go.

Let’s look at 3 practical techniques we can leverage to influence behaviour.

Once we have built a strong sense of ownership over an object, an idea, a service or a digital product, our perceived value increases, and we are more reluctant to let go.

Let’s look at 3 practical techniques we can leverage to influence behaviour.

Why do managers continue to invest time and money into failing projects that they’ve already invested resources in?

Why might you continue training for an upcoming marathon despite your knee pain because you have already spent months training for it?

And why it is very unlikely to leave IKEA without buying anything, after having spent a lot of time driving to its inconvenient store location?

The Sunk Cost Fallacy describes our tendency to follow through on an endeavour if we have already invested time, effort or money into it, whether or not the current costs outweigh the benefits.

While it is unlikely IKEA has chosen store locations to make it effortful to reach, the sunk cost fallacy can be leveraged intentionally.

For example, our preference to avoid losses compared to acquiring gains explains why trial periods work. While subscribing for a trial does not cost money, in reality we invest our time, energy and effort in getting used and accustomed to the product (for example in the setup and configuration). We build a sense of ownership, so that when the trial period is over, it’s  hard to pull everything back and quit. This tends to happen because scaling back, whether on software trials, expensive cars, or bigger houses, is an emotionally challenging decision.

The investment required is obviously context dependent. For example, research shows that new Amazon Prime members, who use video service in their free trial period, convert at a higher rate than those who do not use this part of the service.

Sunk costs can also be applied in behavior change strategies. The website Stickk, for example, allows people to commit to a positive behavior change (e.g. quit smoking), which may be coupled with the fear of loss—a cash penalty in the case of non-compliance.

Loss aversion is commonly used by companies to persuade potential buyers to purchase their products.

This is seen with insurance companies whose business models heavily rely on individuals’ need for security and their desire to avoid losses and risk.

That is why insurance websites often display a long list of unlikely and costly (at times even catastrophic) outcomes that individuals might encounter if not insured. When compared against the cost of these events, the premiums tend to look very small.

Consumers tend to overestimate the probability of these events, and their desire to avoid that unlikely loss makes them more inclined to pay a high premium. For example gopetplan.com, a dog and cat insurance lists expensive vet bills in an effort to convince users to buy a dog insurance policy.

In Make it Rewarding we highlight the importance of positive reinforcements to encourage a behaviour.  In contrast, punishment is used to discourage undesirable behavior.

Punishment can be positive or negative. Positive punishment entails adding an undesirable stimulus to decrease a behavior. An example is scolding a student to get him/her to stop texting in class. In negative punishment, we remove a pleasant stimulus to decrease a behavior. For example, when a child misbehaves, a parent can take away a favorite toy (note that psychology has amply demonstrated that physical punishment is harmful in child development with long-term consequences).

Punishment, especially when it is immediate, can be an effective way to decrease undesirable behavior.

Mumbai traffic police have launched a campaign to address the noise pollution problem (and related physical and health problems) on the city’s roads. The campaign, called “Punishing Signal” uses special decibel meters connected to traffic signals across the city. When the decibel exceeded a dangerous 85dB, the signal timer would reset itself, forcing the people to wait longer at the signal. This is meant to ‘punish’ them for their impatience.

The campaign has creatively leveraged aversion with a touch of humour, as drivers would not expect such a thing to happen.

When leveraged ethically and creatively, loss aversion can be a powerful strategy for product and behaviour change designers.

In particular, products that empower us by enabling us to leverage our own tendency to avoid losses (such as Stickk), and health campaigns and interventions that creatively show us the negative consequences of our actions can be powerful forces for positive individual and social change. 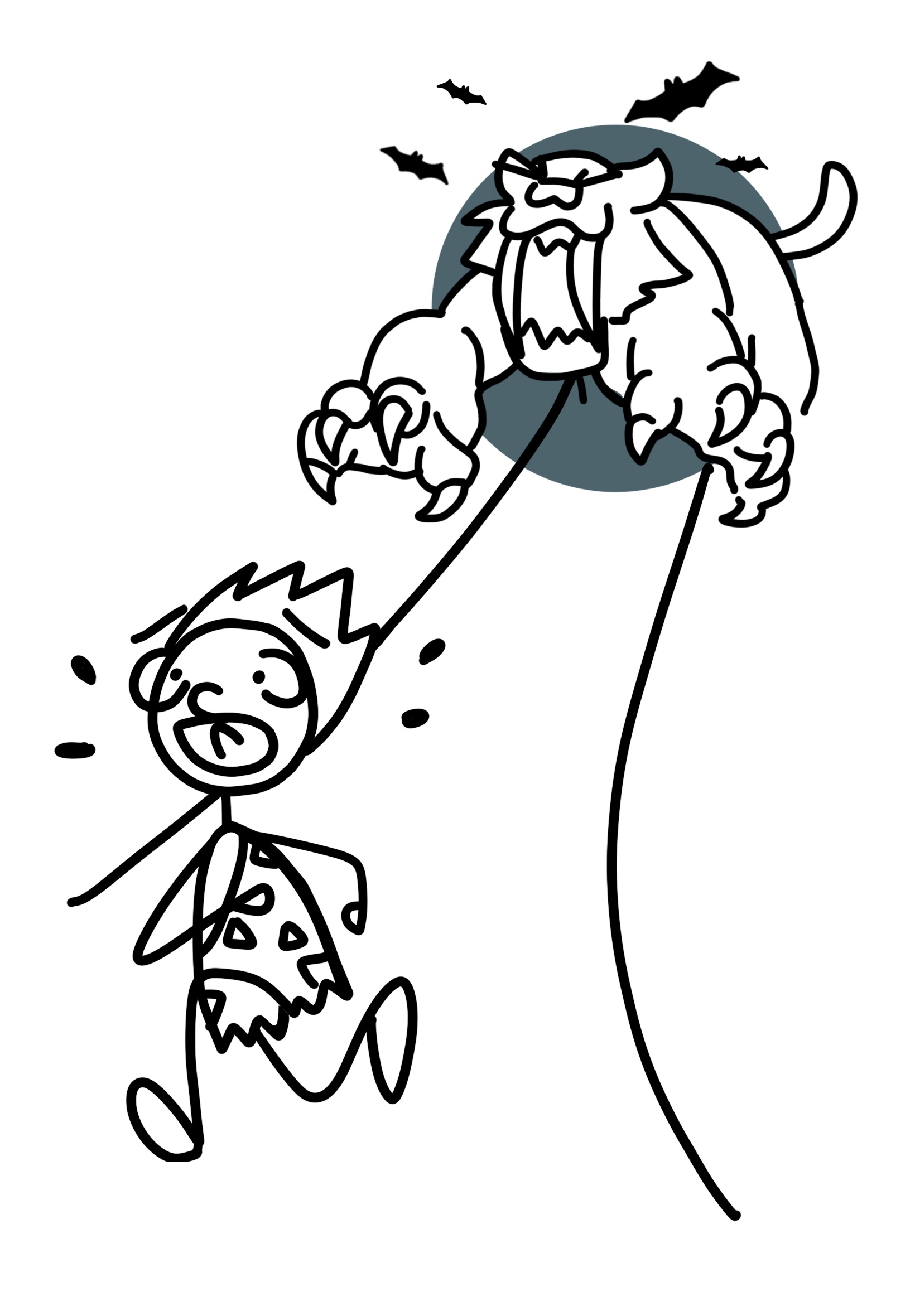 Leverage past behaviours and investments (effort, progress, time or money) to encourage people to stay in the current course of action.

Stickk allows people to commit to a positive behavior change (e.g. quit smoking), which may be coupled with the fear of loss—a cash penalty in the case of non-compliance.

Emphasise the risks and likelihood of negative outcomes associated with inaction.

gopetplan.com, a dog and cat insurance company, lists expensive vet bills in an effort to convince users to buy an insurance policy.

Add an undesirable stimulus or remove a pleasant stimulus to decrease a behavior.

Frontiers in Human Neuroscience | Stijn A. A. Massar et al.

Prospect theory: An analysis of decision under risk.

A Tale of Two Pizzas: Building Up from a Basic Product Versus Scaling Down from a Fully-Loaded Product