“Everyone knows what attention is.”

Imagine walking through a supermarket, checking things off your grocery shopping list.

It's time to enter the dreaded Cereals aisle.

There are so many options and you cannot seem to see your usual brand. As you scan the shelf, a bright red packaging in a special display that juts out seems the obvious choice. The price seems reasonable, and you place the cereal box in your basket.

What happened to the 50 other brands which could have easily been as good or even better than your selection? They failed to attract your attention.

Attention is the ability to actively acquire and process specific information in the environment while tuning out other details.

Think of attention as a highlighter. As you read through a section of text in a book, the highlighted section stands out, causing you to focus your interest in that area. It allows us to avoid distractions so that we can focus on and complete specific tasks.

Attention also goes hand in hand with memory. In order for information to be encoded into memory, we must first pay attention to it.

Everyday we are bombarded with stimuli of all kinds - ads, media, sounds, reminders and notifications, to name a few. And these stimuli are all competing for our attention.

How does the brain know what to pay attention to, and ignore the rest?

The brain has evolved to notice things that stand out and ignore what doesn’t. If an element seems to jump out from its environment, it’s salient. If it blends into the background and takes a while to find, it’s not.

However, because our attention is selective, when we focus hard on one thing we might not notice unexpected things entering our visual field - despite being very obvious. This phenomenon is called "inattentional blindness". To avoid any spoiler, simply watch one of the best-known experiments that demonstrate this phenomenon.

Make it Obvious reminds us that before people can evaluate options and feel motivated to take action, a stimulus that grabs people’s attention is required. Customers can’t buy from a brand they don’t notice.

Patients frequently do not take medications that are crucial to their well-being, and employees do not start retirement accounts that are important to their financial future - not because they are not able to (low ability), or because they don’t want to (low motivation). They just forget. An attention-grabbing and relevant trigger is missing.

“make it obvious” reminds us that before people can evaluate options and feel motivated to take action, a stimulus that grabs people’s attention is required. Customers can’t buy from a brand they don’t notice.

That’s where this Make it Obvious strategy comes in.

For instance, Gaurav Suri and James J. Gross (2015) found that participants did not press a button that would have resulted in viewing a better image instead of a lower quality image. When people’s attention was trained toward a caption reminding them of their option to switch images, participants did so at much higher rates. In another study, company employees increased apple purchases after viewing a sign reading “APPLES”. Similarly,  pedestrians increased rates after they viewed signs reading “Stairs” or “Stairs or Escalator?” compared to those who had not viewed these signs.

So, how do we design for attention?

There are multiple ways, and they all leverage our bias towards salient (aka. noteworthy) information and stimuli. While some - such as the use of bright colours and contrast  - are obvious (pun intended), others are less intuitive.

Let’s look at three of them.

The isolation effect (also called the Von Restorff effect) predicts that the visually contrasting items tend to have a high chance of being noticed and remembered by the audience.

This principle is commonly used in pricing pages, to make one option (the desired action) stand out. Companies generally highlight their preferred pricing by placing it in the centre, and making it with different colour, size, or shape to bring the user's attention to that.

For example, Adobe emphasises their “All apps” plan by including a golden label at the top reading “best value” as well as by presenting it with a different card shape.

Research has shown that people tend to naturally group things into round-number groups, ending in a 5 or 0. In other words, top 10 lists are incredibly salient for customers — they naturally grab people’s attention. What's outside of these groups is less noteworthy and inferior. Netflix's recent feature is exemplary of this principle in action.

Another technique to grab and direct people’s attention in the context of user interface design and marketing, involves using imagery of people looking at the desired piece of information. That’s because as human beings, we naturally tend to look in the direction of where others are looking.

An interesting study used eye-tracking technology to measure the direction and duration of the subjects’ eye movements. When the subjects were presented an ad with a baby looking straight out of the page, viewers fixated on the baby’s face, and gave less attention to the headline and ad copy.

But when a side-facing baby image was positioned to “look” at the ad’s headline, the baby’s face was still a major hot spot, but the ad headline and copy got far more attention.

For example, SumoMe's ad shows a man looking at the brand value proposition to guide customers' attention towards it.

Make it Obvious strategy has important implications beyond consumer psychology and marketing. Research suggests that interventions aimed at changing health-related behaviours (e.g., smoking cessation, exercise initiation) could attempt to generate an increase in orienting attention rather than leveraging motivation or highlighting the benefits or the costs.

For example, a medicine bottle that beeped varying tones or personalised, attention-grabbing reminders from a mobile phone could decrease levels of medical non-compliance. In many contexts, such attention-based interventions may be simple and inexpensive to deploy. 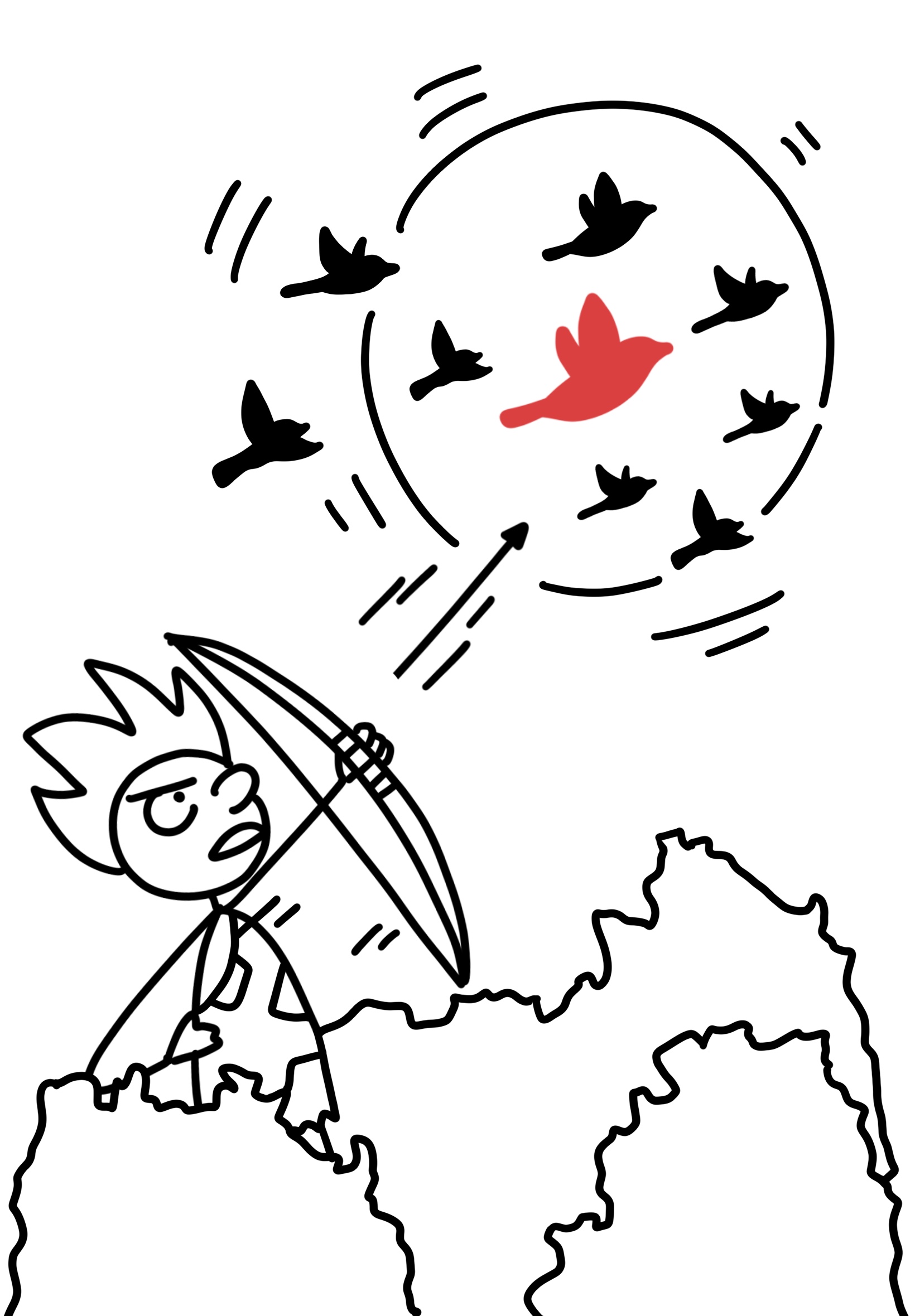 Make an item stick out to increase the likelihood it will be noticed and remembered.

Adobe emphasises their “All apps” plan by including a golden label at the top reading “best value” as well as by presenting it with a different card shape.

Group things into round-number groups, ending in a 5 or 0 to grab people’s attention and increase the perceived value.

Netflix's recent "Top 10" feature is exemplary of this principle in action.

Leverage our natural tendency of looking at what others look at by displaying human faces looking at the desired information.

SumoMe's ad shows a man looking at the brand value proposition to guide customers' attention towards it.

The Role of Attention in Motivated Behavior

Why do we focus on items or information that are more prominent and ignore those that are not?