Create a sense of surprise by providing sudden and unexpected information, events and outcomes.

A man walks into a bookstore. “Where’s the self-help section?” he asks the clerk. She shrugs and replies, “If I tell you, won’t that defeat the purpose?”

Imagine a world where everything you experience is the same. Every morning, you get out of bed at the same time, see the same Instagram story, see the same view from your window, and perform all your morning tasks in the same order. You eat the same meals, and have roughly the same conversations, while experiencing the same emotions.

As much as we like feeling in control, nobody would want to live in a world like that. We all need surprise in our lives as much as we need predictability.  Science has demonstrated that even if you think you don't like surprises, your brain does.  Surprises like finding a coin on the street, receiving a message from an old friend, or being offered a sudden promotion at work, enrich our lives.

We all know what a surprised facial expression looks like.

What’s interesting is that surprise appears to amplify whatever emotion we are feeling. When we’re surprised and angry, we’re outraged (Remember what happened when Netflix raised subscription prices without warning?) . When we are surprised and satisfied, we are delighted. If we are experiencing anticipation, a positive and surprising outcome will bring immense delight.

Surprise is an emotion  arising from a mismatch between an expectation and what is actually observed or experienced.

But surprise does not only generate an emotional reaction. Neurologically we experience a burst of dopamine, which tells us something important just happened. Now you are reading this article. If suddenly the pencil on your desk moves on its own, that will capture your attention (we have a schema that tells us objects are not supposed to move on their own), it will make you curious (read more in Make it Intriguing) and since we are hardwired to make sense of our environment (read more in Make it Meaningful), your brain will immediately try to find an explanation. For example, you may indeed realise that the air blown around by your fan moved the pencil.

Experiments have shown the power of surprise provides a multitude of benefits, from helping us to focus our attention, to improving learning, and making experiences memorable, to inspiring us to look at our situation in new ways, to thriving social relationships (isn’t romance all about surprises?). For example, in a classroom setting, students are more persuaded by a surprising explanation that goes against their held expectations.

Surprise introduces us to new and sudden stimuli, which we must then reconcile with shifts in our beliefs and behavior. Such belief changes happen instantly in moments of surprise behind the curtain of our consciousness. In their book, Luna and Renninger unpack the psychology behind surprise, and outline four stages of the surprise response:

Freeze—when we are stopped in our tracks because of the unexpected;

Find—when we get hooked into trying to understand what’s going on/how this happened;

Shift—when we begin to shift our perspectives, based on conflicting findings;

Share—when we feel the pull to share our surprises with others.

The last phase - share - is particularly important. Loewenstein notes that surprise not only has individual effects on beliefs and attitudes, but it also becomes a powerful tool for social influence with collective effects on the content of culture.

Why leave surprise moments to chance when we can design them with our actions and creations?

You have probably heard of the saying “surprise and..delight”. So, how do we design for the unexpected? Well, there are many specific ways of doing so.

Let’s look at some:

The first and most obvious is to intentionally set up expectations and then exceed them with surprisingly positive outcomes. For example, this explains why Zappos goes to such lengths to deliver shoes before they are promised.

The second technique involves disrupting our worldview. Surprise arises from a discrepancy between an actual outcome and an existing schema, knowledge or belief. Simply put, people would think: “what I see doesn't make sense”. This also makes it intriguing as we are drawn to find a resolution, an explanation. Schema incongruent messages are used by advertisers to capture our attention.

For example, why is a bear a movie maker in CANAL+ commercial?

If you are developing a communication campaign or copy, don’t just ask “What do we need to say?” Instead, focus on the question of “What expectations do our audience hold, and how can we turn those on their head?” If you are in a leadership position and want to boost your employee’s confidence, what unexpected comment could you make? If you want to make your partner happy, what simple gesture would they never expect from you?

A unique kind of violation of expectations are those that make us smile and laugh. Research has shown that what differentiates funny things from merely surprising ones is that people find humor in what they call “benign violations”: violations that make us uncomfortable, but ultimately are safe (for example an event that was funny, is no longer funny if we learn someone got hurt).

Humour reduces stress, increases recalls and brings people together. Most importantly, humour can increase awareness, knowledge, and actions. Because humour also gets people talking and sharing, humour is a powerful tool for communication campaigns.

For example, “Dumb ways to die”, a campaign by Metro Trains in Melbourne to promote rail safety, went viral in 2012 and has hit 216 million views on YouTube. This campaign showed that, sometimes, a life-and-death issue can be discussed with humour.

A similar approach was adopted by the “Pinkie” safe driving campaign, which reduced simulated driving speeds by an average of 4 km per hour.

Despite its power to influence behaviour, humour is rarely seen in communication campaigns, which often frame the message as either attractive by highlighting the gains, or aversive - by highlighting the losses (the latter with risks of triggering a defensive response).

The same is true for user experiences. Technology and innovation has led us to a life more predictable than before. Yelp helps us avoid bad restaurants and alert us to must-try items at good ones. Dating apps let us investigate our date before the first date. Google Maps prevents us from ever getting lost.

While this leads to efficiency - and often that is great - designers risk robbing brands and products of opportunities for delightful surprises. A notable exception in the context of user experience is MailChimp, which uses a monkey mascot - Freddie Von Chimpenheimer - as a way to inject humor into the user experience.

Successful use of humor can help you establish an emotional connection with your users and remind them that there are real humans behind the design.

Leveraging unpredictability is also one of the most effective ways to make rewards (especially monetary and tangible ones) more rewarding.

In addition to all the benefits of the unexpected, leveraging surprise is cheap. All it takes is a dime to make someone’s day, literally. In a study a dime was placed near a copy machine. When the subjects who found the dime were surveyed shortly after their discovery, their overall satisfaction with life was substantially higher than the subjects who did not find a coin.

Why leave surprise moments to chance when we can design them with our actions and creations? 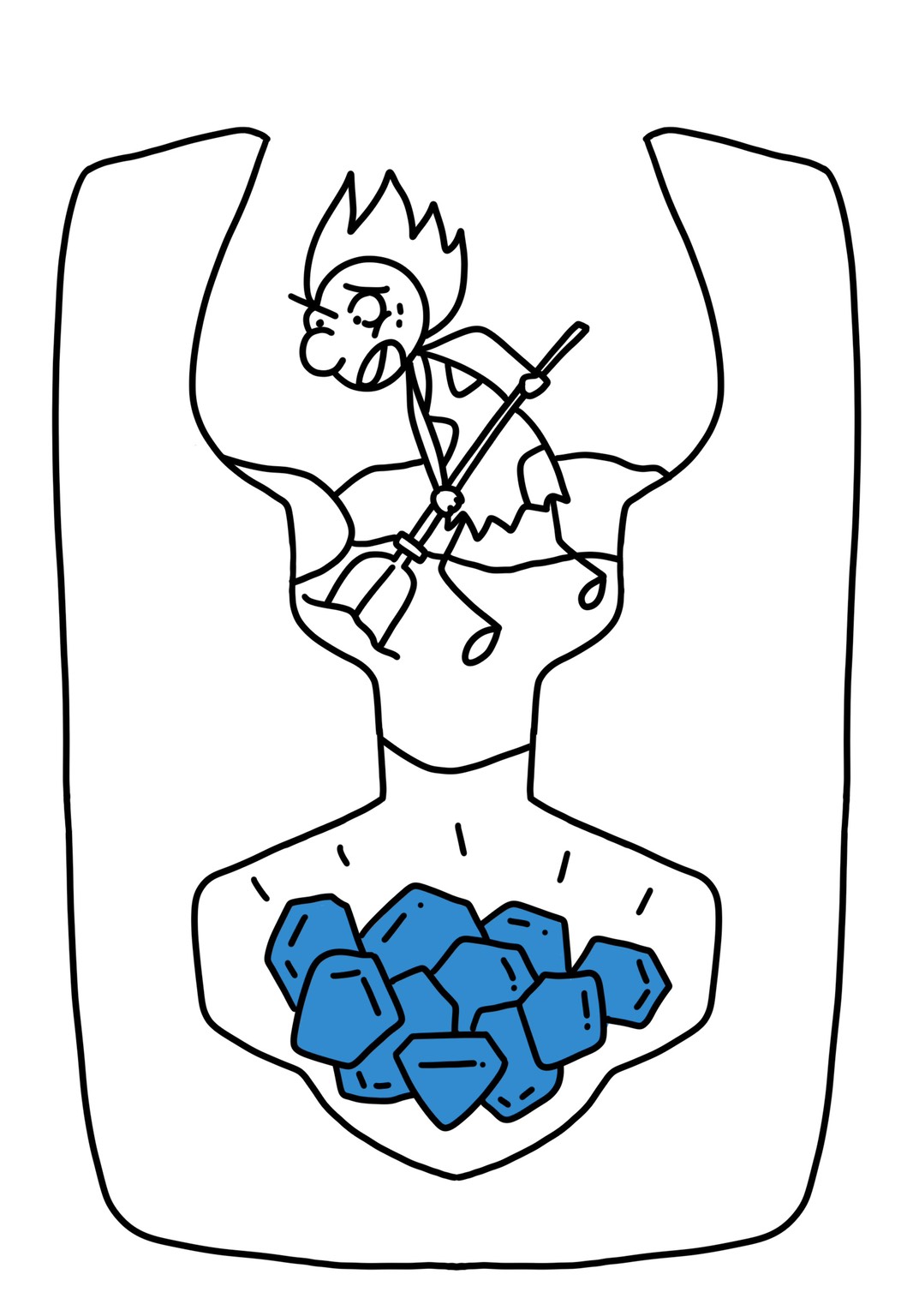 Intentionally set expectations and then present information or an outcome that violates them  (e.g under-promise and over-deliver to exceed expectations).

Online shoe and clothing retailer Zappos goes to such lengths to deliver shoes before they are promised.

Present information or an outcome that doesn't fit into people’s understanding of the world.

MailChimp uses a monkey mascot - Freddie Von Chimpenheimer - as a way to inject humor into the user experience.

Surprise, Anticipation, and Sequence Effects in the Design of Experiential Services

Surprise Is Still the Most Powerful Marketing Tool