Increase the sense of autonomy, control and choice over people's goals and course of action.

Pharrell Williams sang about it. Movie star Mel Gibson roared about in Braveheart. Politicians debate it daily. Capitalism promotes it. And some of the most sought-after companies make it the centrepiece of their strategy to attract and retain talent.

What is it? It’s freedom.

Human beings are hardwired to desire autonomy, the ability to make choices according to one's own free will. We want to make our own decisions, come up with our own ideas, and pursue our own goals. A sense of autonomy makes us feel we are the directors of our own lives and live according to our own interests and values. It also increases our sense of ownership, responsibility, and commitment, thus making our actions and goals valued.

A sense of autonomy makes us feel like we are directors of our own lives and live according to our own interests and values.

If we feel controlled by external forces (like other people or money) or even by an internal pressure (like guilt or shame)  — our feeling of autonomy vanishes.

When our autonomy is threatened (for example when we feel that someone or something is taking away our choices or limiting the range of alternatives), we experience reactance - an unpleasant motivational arousal that can cause the person to adopt or strengthen a view or attitude that is contrary to what was intended, which also increases resistance to persuasion.

Reactance serves as a motivator to restore one’s freedom.

According to self-determination theory, autonomy is one of the three basic universal psychological needs (along with competence and relatedness). Evidence from research labs around the world suggests that when the need for autonomy is satisfied, people feel more interested, engaged, and happy. In contrast, when the need for autonomy is neglected, people feel more alienated, helpless, and sometimes even hostile or destructive.

A good distinction psychology has made is whether a person has power over his own course of action (power as autonomy) or someone else (power as influence). While it seems many look for power (e.g. power position in the workplace), research suggests that people who desire power are mostly looking to control one thing—themselves.

Generally, when people say they want power, what they are really looking for is autonomy. And when they are empowered to make their own choices, they tend to stop wanting power.

Researchers on the new study suggest that power as influence may seem more important to people just because it’s more visible. It’s easier to see how people control others than it is to see them feeling autonomous.

All individuals will naturally strive to have this need fulfilled regardless of background or culture. Environment either facilitates and supports this striving or inhibits it. In other words, the extent to which an individual feels autonomous on any given day, or at any given moment, depends largely on the characteristics of the situation, the type of the task at hand, and the quality of interpersonal interaction.

This means autonomy can be designed for. Autonomy-supportive contexts and products (like cities, workplaces, user experiences and technology) offer choice and opportunity for self-direction, they empower us.

And what experiences make us forget about reality, hold our attention for hours and engage us for years, if not decades? Games.

Games have mastered the art of engagement. Games leverage many of the strategies that make up the Make It Toolkit, but they are, at their core, voluntary activities. The most engaging games also allow players to choose their goals, their preferred play mode, and to make meaningful choices that will affect the gameplay. Players are free to choose how their approach challenges.

The same applies to non-game experiences. For example, it's a good practice in fitness apps to let users set their own goals. Runkeeper does this very well, by providing also a choice to set a running goal directly (for experienced runners) or with a guided program (for beginners).

Such autonomy around processes (how things can be and goals achieved) allows people to approach problems in ways that make the most of their expertise and their creative-thinking skills.

Consider this experiment: A person is given a candle, a box of thumbtacks and matches and asked to attach the candle to the wall so that the wax doesn’t drip onto the table. The person who can solve the candle problem is one who, rather than seeing the box as a receptacle for the tacks, sees it as something that can be used in the solution. The solution? The box is tacked to the wall and the candle placed on it.

Two groups of people are offered the problem — the first group (creative frame) is simply timed and the second group is offered rewards (incentive frame). It takes the second group three and and a half minutes longer than the first group, on average, to solve the problem. The same experiment was done in a slightly different way. The tacks were taken out of the box, and then in this condition the incentivised group did much better than the other.

“The candle problem” experiment - first created by Karl Duncker in 1935 and then popularised by Daniel Pink - illustrates the importance of framing tasks as creative challenges by introducing constraints (versus relying on incentives) and makes the case to use incentives for mechanical and uninteresting activities.

In workplace settings environments can be set up to foster autonomy and creativity. For instance, Google launched and popularised the 20% Project, which allows employees to spend 20% of their paid work time to pursue personal projects to inspire innovation and creative thinking.

But does our need for autonomy and control need to be real?

It’s 12:00 in the afternoon. It’s a hot summer day at the office. You are sweating and can’t concentrate. You stand up and go change the thermostat. You feel good. But in reality, the temperature has not changed. You didn’t know it was a “dummy” thermostat whose function doesn’t do anything, at least pertaining to the room's weather conditions.

And it is not just about thermostats. The world is full of buttons that can be pushed, but provide no functionality. Close-door buttons in many elevators do not actually result in closing the door and pedestrian buttons do not activate the green light, any faster than the programming allows them to. So why is the world  filled with useless buttons? Well, because they are only functionally useless.

They're "placebo buttons", and like placebo pills, they serve a purpose: given our innate desire to influence our surroundings, taking some action leads people to feel a sense of control over a situation, and that feels good, even though it's just an illusion. Pressing the door-close button reduces the anxiety or notion that we are powerless against the elevator’s programming. When people have perceived temperature control over their office spaces, some may tolerate higher levels of discomfort, and complaints decrease.

Designing empowering experiences is more important than ever. We live in a world where many people feel like they’re losing control: of their data, of their feeds, and even their very life. Feeds determine what news we read, algorithms influence who we end up dating, and app default settings determine when and how often we’ll be notified. And because some tech companies have mastered the art of designing for the unexpected, we often lose focus and our productivity decreases.

Behavioural science can help us both gain control of our lives at the personal level (and even become"indistractable” as behavioural designer Nir Eyal calls our ability to control our attention) as well as design more empowering experiences aligned with your users' goals.

The emergence of new technologies (e.g. autonomous cars driving themselves, AI-powered robots) are making the connection between design and autonomy even more critical.

Whether people feel they want to, or have to adopt new technologies, interact with user experiences, and engage at work, largely depends on whether they feel empowered, or powerless. 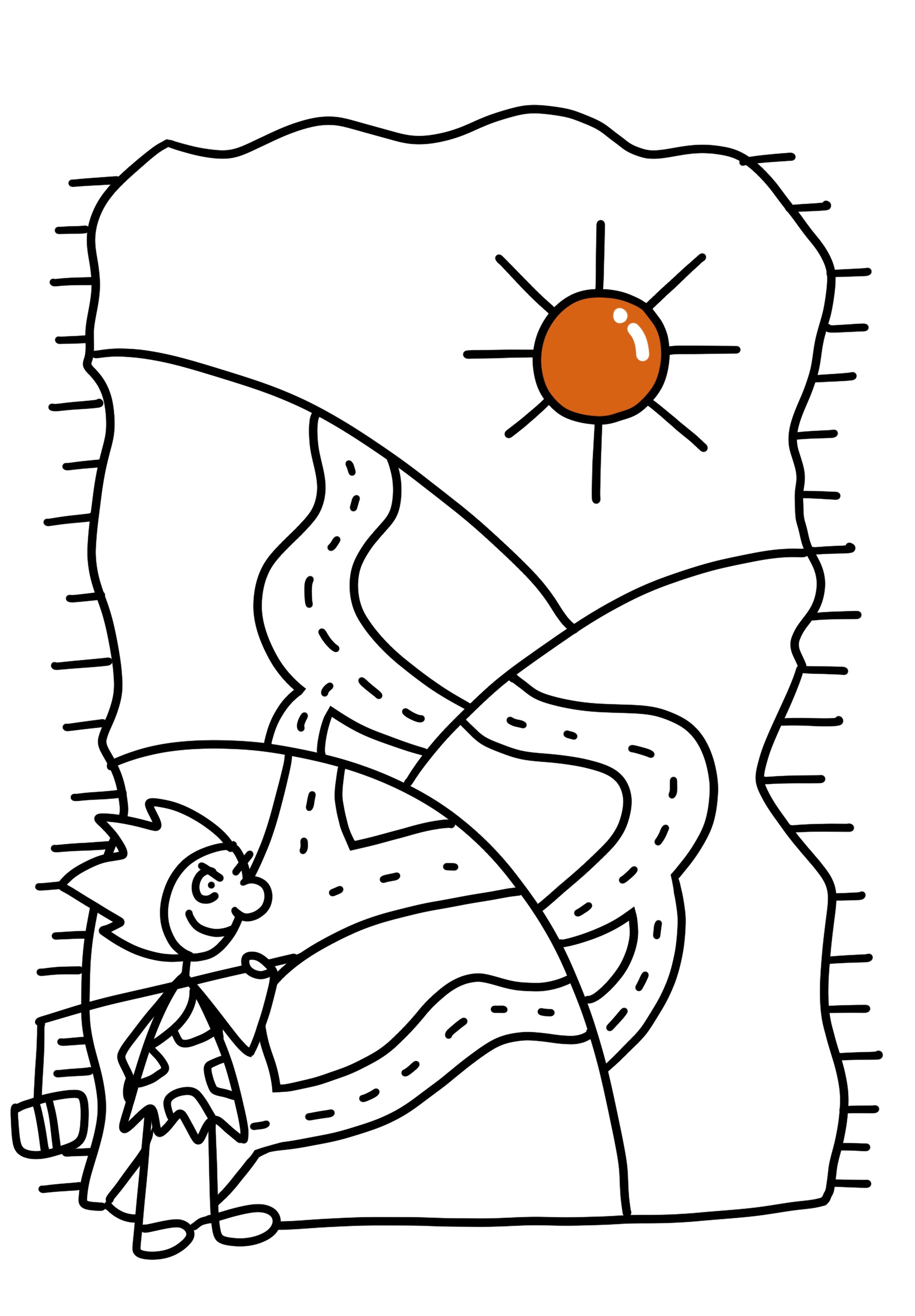 Involve people in setting their own goals according to their abilities and values and planning how to achieve them.

Runkeeper, and many other health and fitness apps allow users to set their own goals.

Google launched and popularised the 20% Project, which allows employees to spend 20% of their paid work time to pursue personal projects to inspire innovation and creative thinking

Introduce a push-button or other control that has only apparent functionality and aims at providing an illusion of control over a system, situation or environment.

“Dummy” thermostats have been proven to provide positive feelings and reduce complaints among employees.

Desire for control: its effect on need satisfaction and self-determined motivation

A 50-Year Review of Psychological Reactance Theory: Do Not Read This Article.

The Illusion of Control