"The consequences of an act affect the probability of its occurring again".

Before Pepsodent, almost no Americans brushed their teeth.

One day in the early 1900s, a prominent American businessman named Claude C. Hopkins was approached by an old friend with a new business idea: a minty, frothy toothpaste he called “Pepsodent”. Hopkins was one of the nation’s most famous advertising executives with a track record of successful marketing campaigns. But his greatest contribution would be helping to create a national tooth brushing habit.

A decade after Hopkins’ advertising campaigns, toothbrushing had become a daily ritual for more than half the population. Hopkins’ success resides in applying the psychology of habit formation.

‍Building a habit requires finding a simple and obvious cue and defining clear rewards. He had identified a cue (the feeling of a tooth film - when you run your tongue across your teeth) and immediate rewards (having fresh-smelling breath and a beautiful smile).

Another common example is weight loss: it can take weeks or even months before one notices some weight loss and receives the natural feedback of feeling and looking better. That's why for instance, health apps attempt to make the process more rewarding by providing feedback in the form of calories loss, health points or introducing additional benefits (e.g a lower insurance premium).

However, introducing additional rewards is not always required. As the dental hygiene example illustrates, the existing benefits can simply be made more obvious by creating the perception of immediate benefits that fuel our feedback systems in between the desired behaviour and the (delayed) natural feedback and results.

‍Other times, we fail to achieve our goals because competing (and oftentimes less desirable) behaviours are more enjoyable or immediately rewarding (like eating that tasty cookie rather than sticking to the diet).

Making behaviours and experiences rewarding is key to achieving both behaviour changes and business objectives.

But what do we mean by rewards?

The easiest way of thinking about rewards is as something that is added in order to incentivise a certain behaviour.

The incentive theory that emerged during the 1940s and 1950s suggested that people are pulled toward behaviors that lead to external rewards and reinforcement, and pushed away from actions that might lead to negative consequences (a punishment).

‍If you took a class in order to get a good grade, ran a marathon in order to receive recognition, or accepted a promotion at work in order to get a raise, you were influenced by an incentive to gain something in return for your efforts, or to avoid a punishment (such as a bad grade). The so-called carrot and stick.

These extrinsic rewards also became the foundation of workplace incentives systems, loyalty programs, and policies targeting citizens and organisations. If you are a parent, you may have also used rewards to persuade your children to complete certain tasks, such as tidying up their room and doing their homework.

While it may be tempting to use extrinsic rewards all the time to persuade people around us, these rewards must be used carefully. One widely studied risk is the overjustification effect, which occurs when an expected external incentive such as money or prizes, decreases a person's intrinsic motivation to perform a task. Recent research, however, reveals how this has detrimental impact on intrinsic motivation in the short term.

Extrinsic rewards can trigger interest and participation in an activity an individual was not initially interested in (and eventually people will become more intrinsically motivated to pursue an activity) as well as to motivate people to acquire new skills or knowledge. Rewards that enhance our sense of competence are often in the form of achievement symbols.

Achievement symbols are visual representations of someone's performance. Achievements have been proven to support our need for competence and mastery.

They often operate both as a goal to aim towards and as a source of feedback to let people know when their performance has achieved a standard that is deserving of reinforcement or even celebration.

In the form of trophies, badges, or ranks, achievements symbols are key elements of sports and games, but they are becoming the norm in non-game contexts too, from workplaces to loyalty programs and customer engagement strategies.

Achievement rewards are generally predictable. As in the case of the Superhost badge, users know what needs to be done (the requirements to earn it) and benefits that are unlocked.

However, rewards are not created equal. A behavioral science approach can help us design more effective incentive systems and rewarding user and customer experiences.

Rewards are not created equal. A behavioral science approach can help us design more effective incentive systems and rewarding user and customer experiences.

For example, what if the reward is made more intriguing or unexpected?

Instead of giving a small amount of money to every new user, a company could organize a lottery with a grand prize. People overestimate their chance of winning (optimism bias) and prefer $5 of lottery tickets to $5 cash because of the asymmetry of the cost versus the large payout.

A great example is the Speed Lottery Camera, an experiment in Stockholm to encourage drivers to drive within the speed limit. When your car passed by a specific crossing, a camera snapped a photo of it and measured its speed. If the driver was above the speed limit, a fine was imposed. However - and here is the twist - the money was used to enrich a unique fund – the lottery prize for drivers who have not exceeded the maximum legal speed limit.

Science has also shown that when extrinsic rewards are unexpected, they do not induce the over-justification effect.

An example of unexpected rewards are Easter Eggs. Borrowed from game designers, Easter Eggs involve delighting your audience with small unexpected messages, interactions or features that reinforce their actions.

Oftentimes these can lead users to hunt and uncover them. User Experience designers may place them at touch points that would otherwise provide an ordinary experience

For example, the online platform ReadMe's owl mascot covers his eyes when you type your password. In most experiences, inputting your password is, indeed, a very ordinary interaction.

Introducing an element of randomness and unpredictability has become particularly important in the context of software and game design, and it all began in the 1950s with psychologist B.F. Skinner’s work on operant conditioning.

Skinner set up an experiment by giving lab rats two different levers that, when pressed, would give them pellets of food (the reward). The first lever yielded the same amount of food each time, while the second lever would sometimes yield a small pellet, sometimes a large pellet, and sometimes no pellet at all.

It turns out that more dopamine is released in anticipation of the reward rather than in the receipt of the reward itself. And the same phenomenon is observed in human behavior too.

The science behind these observations comes down to something called "Variable Rewards". Variable rewards can both create harmful addicting experiences (e.g slot machines) as well as support positive behaviour changes by eliciting positive emotions such as curiosity and surprise. Variable rewards are also essential to create habit-forming products.

‍The examples above illustrate that designing effective reward and incentive systems is both a science and art. A good starting point is asking not only what reward is given (e.g., money or discounts) but to also take into account - and shape - the context. When is the reward given? Is it predictable or unpredictable? Who is giving the reward? 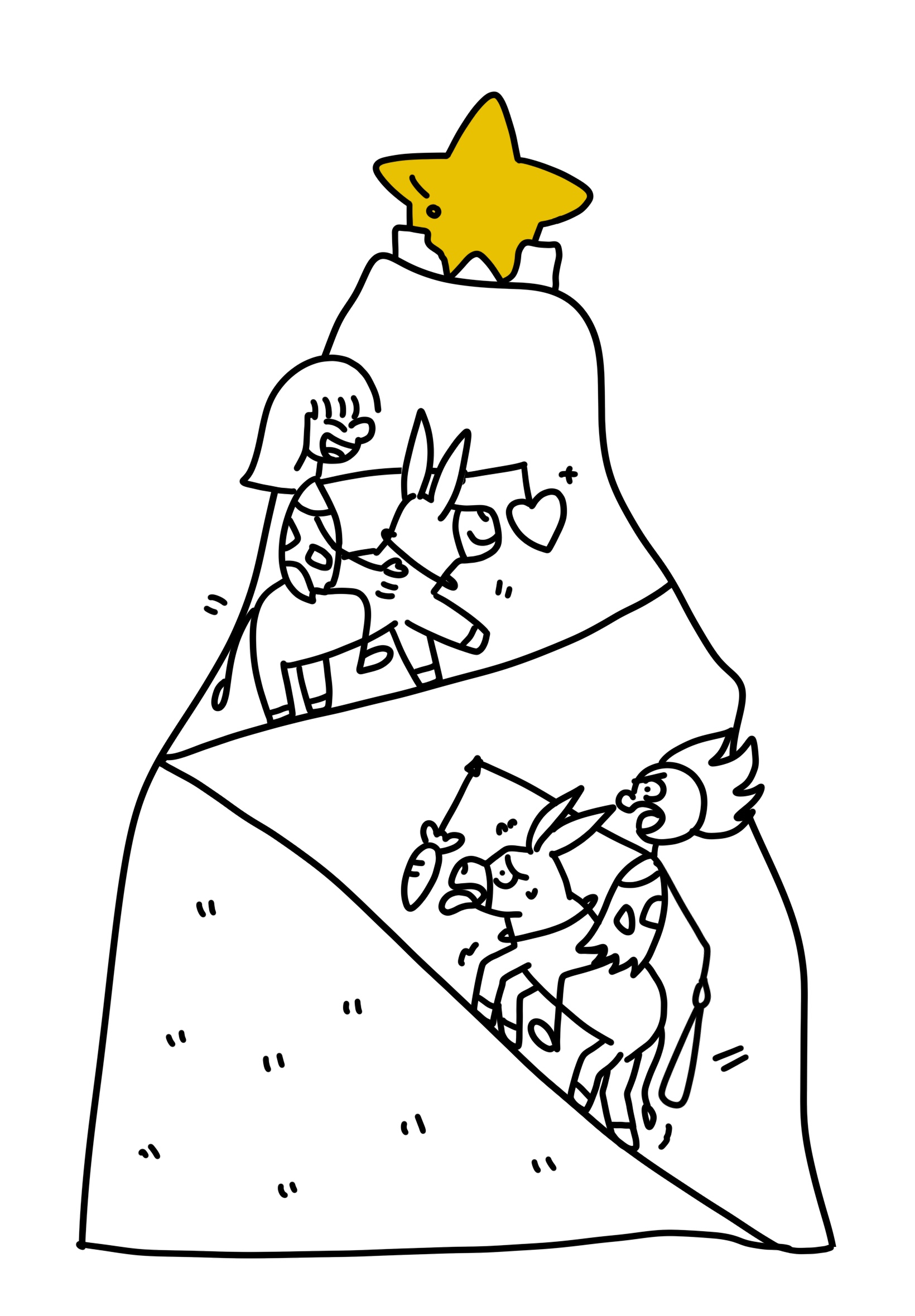 Airbnb has introduced a Superhost program to reward the best performing hosts with more visibility in the ecosystem.

Distribute prizes to the winners among persons buying a chance.

Stockholm experimented with a Speed Lottery camera which rewards those who drove within the speed limit by entering into a lottery funded fines that speeders paid.

The online platform ReadMe's owl mascot covers his eyes when you type your password to turn an ordinary interaction into a delightful one.

Vaccine Lotteries and Beyond: A Behavioral Economics Expert on What Motivates Healthy Behaviors – and What Doesn’t